This is the easiest of the four routes to the highest summit in the Apennines ‐ the Western Peak of the Corno Grande, at 2,912 m. It follows the "via normale" path. The second half of the ascent requires more effort and you may have to use your hands occasionally in the last 30-45 minutes. The route can be done by anyone reasonably fit and with some hill-walking experience. The descent is a little tricky on the higher and steeper slopes, as the scree on rock can be a bit of a hassle.

From the old Albergo (hotel) start walking on the large track right in front of it. You will see the Rifugio Duca degli Abruzzi up on the ridge. After five minutes, having gone past the astronomical observatory, leave the main path leading to the Rifugio and take the path to the right (Fig. 1). This is very evident and you will see the path cutting the mountain side on the right hand side from where you are. After about 20 minutes the path will steepen and will zig-zag its way up to the ridge. You are now on the Sella di Monte Aquila. The view is spectacular. With Campo Imperatore behind you, you will see the valley of Campo Pericoli in front of you and, further to the right, Corno Grande (fig. 2). 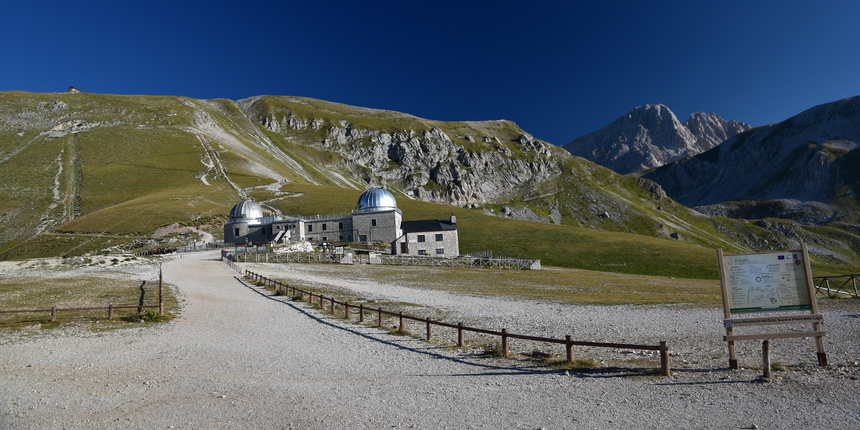 Fig. 1: The rifugio on the ridge and the path climbing to the right 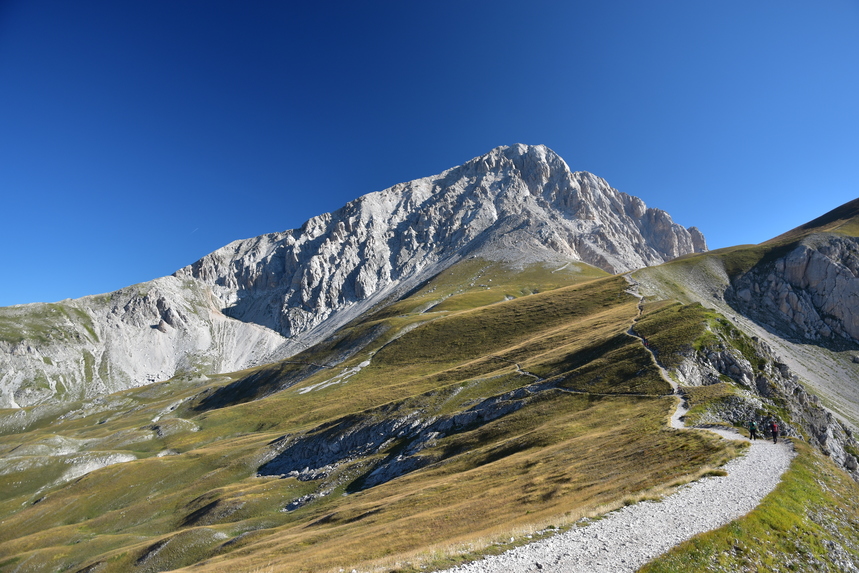 From Sella di Monte Aquila, take the path towards Corno Grande and turn left at the first fork (very visible in fig. 2 above), almost immediately. The path is flat (and even descends a little) for a while, before it climbs up to the Sella del Brecciaio.

When you get to the Sella del Brecciaio, the path veers right (East), climbing for about 15 minutes to Conca degli Invalidi, where it flattens for a bit. This is a good point to take a rest, and enjoy the view of Corno Piccolo right in front of you (North, fig. 3). 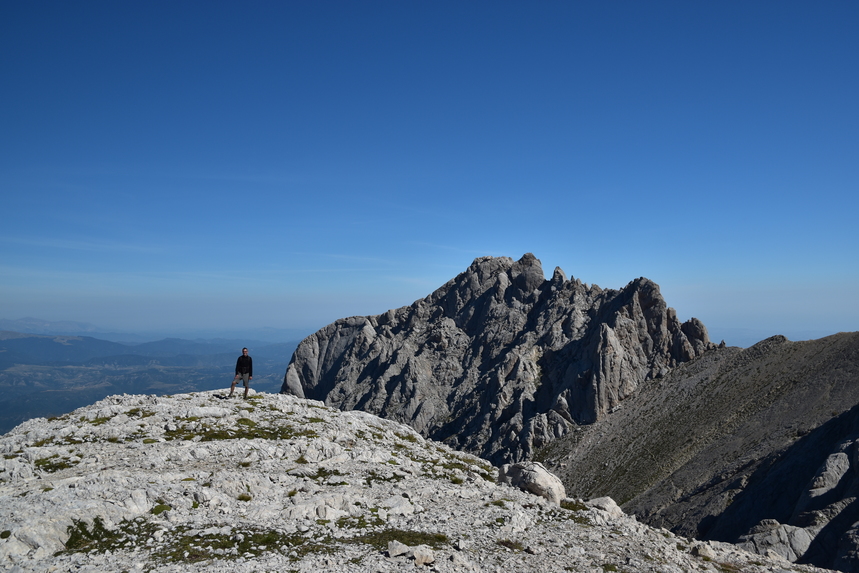 From this point onwards, the path steepens, as it winds its way up the scree (fig. 4). 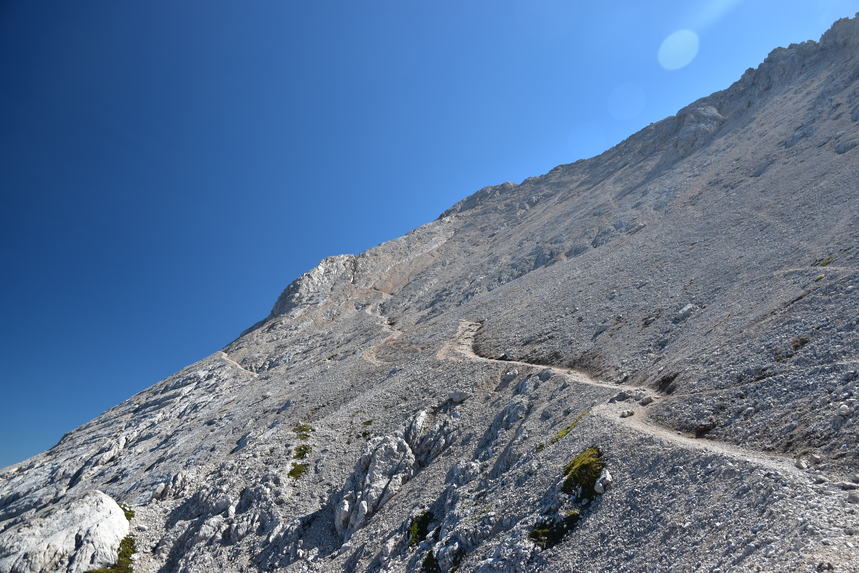 This is your aim
↖
this is not the path!
Fig. 4: The path on the scree

It is very important that you follow the white-and-red signs, since you might end up climbing on unnecessarily difficult terrain otherwise. As you get higher up, at one point you will notice white-and-red signs coming from the left-hand side (fig. 5). 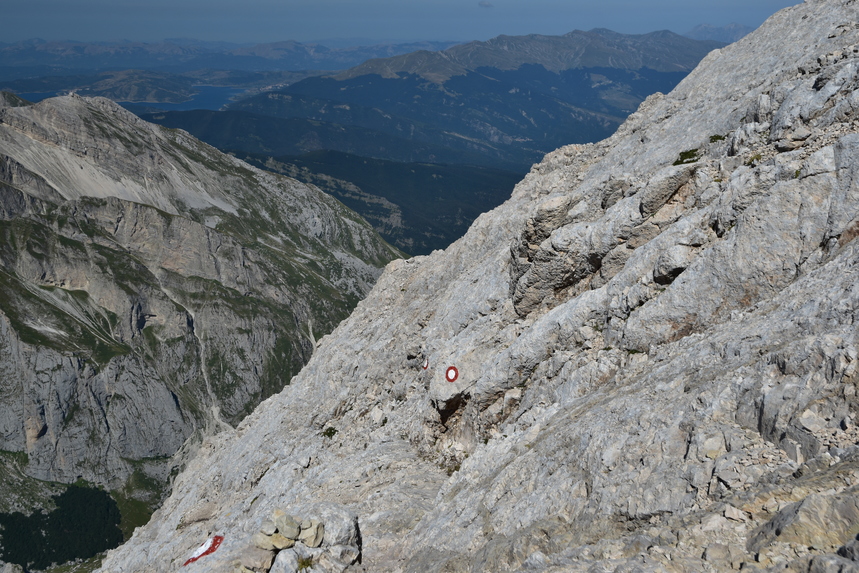 Fig. 5: The signs indicating the route from Passo del Cannone.

This may appear confusing, but bear in mind that those signs indicate the route coming up from Passo del Cannone, eventually joining yours. When in doubt, always follow the signs that are more to the right and above you. You will occasionally have to use your hands to negotiate the steeper sections, especially along small couloirs, but it's never difficult or exposed (fig. 6). 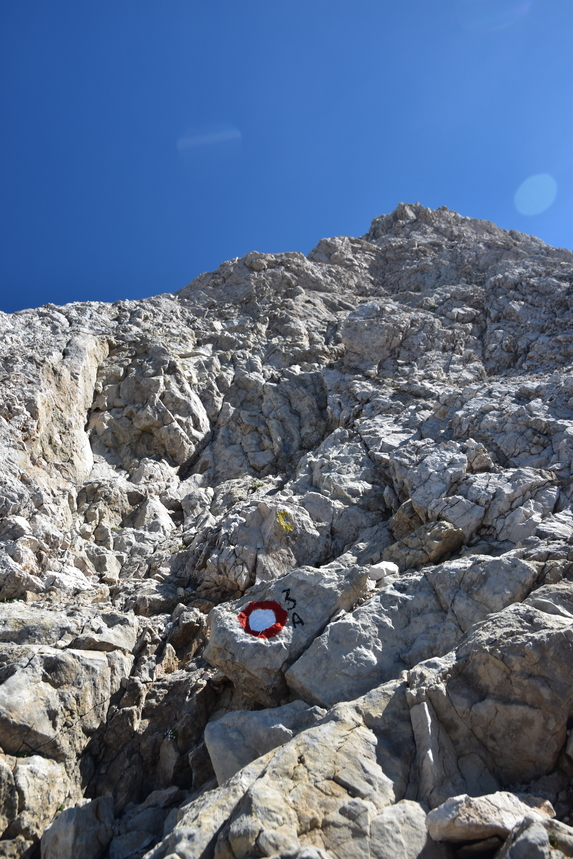 Fig. 6: As the path steepens, you may have to use your hands.

At one point you will get to a ledge from which you can look down on Europe's southernmost glacier, the "Calderone". Sadly, however, due to global warming, the glacier is rapidly disappearing, and if you are there between mid August and the end of September, you will see just a small patch of ice remaining. The "Calderone" is surrounded by all the peaks of Corno Grande (fig. 7). 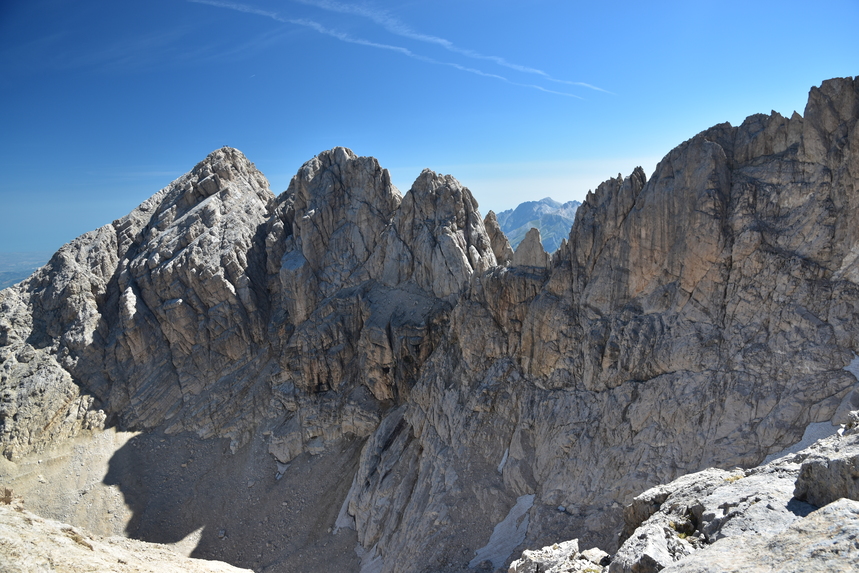 Fig. 7: The Corno Grande peaks around the "Calderone" down below. 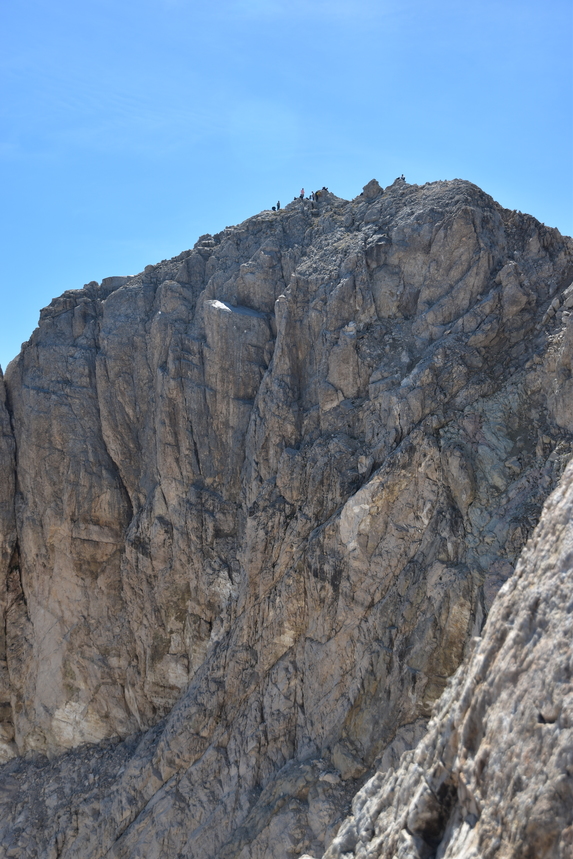 Fig. 8: The summit of the Corno Grande (Western Peak)

Depending on the time of the year and the day of the week, the summit can get fairly crowded. On a clear day, the views are spectacular (figs 9 and 10). 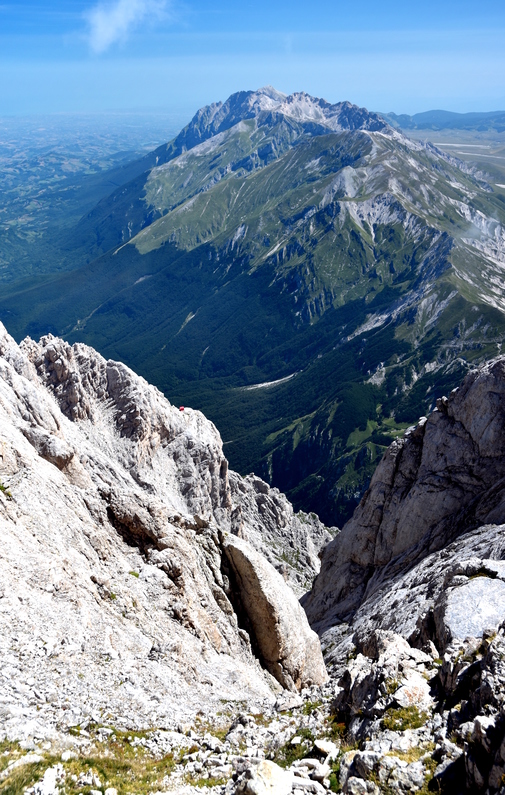 Fig. 9: The southern section of the Gran Sasso range with the Adriatic Sea in the background. 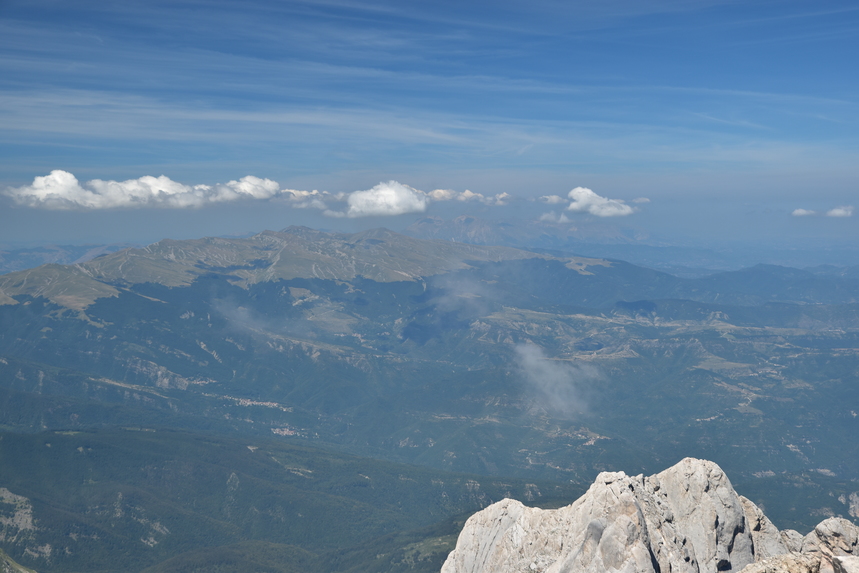 Fig. 10: The summit of Corno Piccolo, with the Monti della Laga (left) and Sibillini (right, further back) ranges in the background.

On the way back, retrace your steps. Be careful when you descend - for the first 30 minutes or so you will be stepping on loose scree on steeo rocky terrain.