This is the shortest but, possibly, the most challenging - and therefore fun! - walk on this site. Corno Piccolo ("Little Horn") may not have Corno Grande's allure of being the highest summit in the Apennines, but, once you've ticked that particular box, you'll definitely want to come here for a more authentic (and far less crowded!) mountain experience. You'll do some nice and not too difficult scrambling, but you do need a good head for heights and confidence walking on this kind of terrain. Thanks to the solidity of its rock, Corno Piccolo is also a favourite area for climbers, and you're likely to spot a few human spiders one one of its many routes as you walk up from Rifugio Franchetti. Given that the rifugio is roughly half-way (and that you'll go there twice), the urgency to bring plenty of water with you is less than in some of the other walks on this site.

Take the cable car at Prati di Tivo. From there you can see Corno Piccolo direcly above (fig. 0). From the arrival of the cable car (named "La Madonnina" after a statue of the Virgin Mary nearby) start walking uphill on the evident path. Both 'horns' (Corno Grande and Corno Piccolo) of the Gran Sasso form a stunning view that will keep you mesmerized (fig. 1). 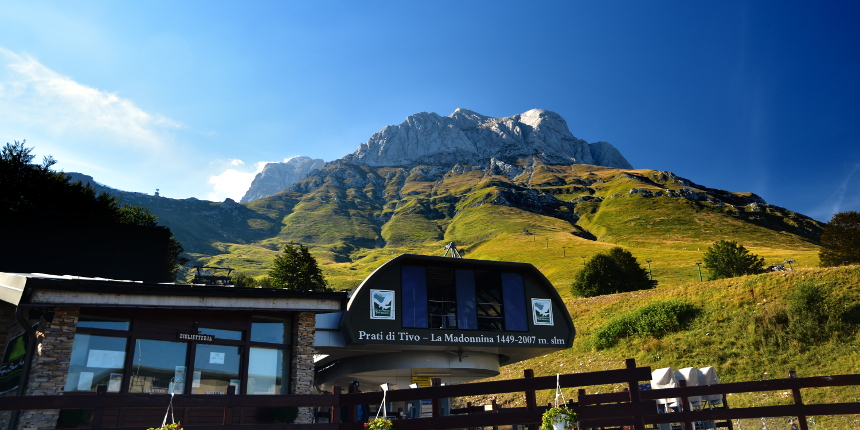 Fig. 0: The cable car and Corno Piccolo above - the "shoulder" to the right and the summit in the middle. 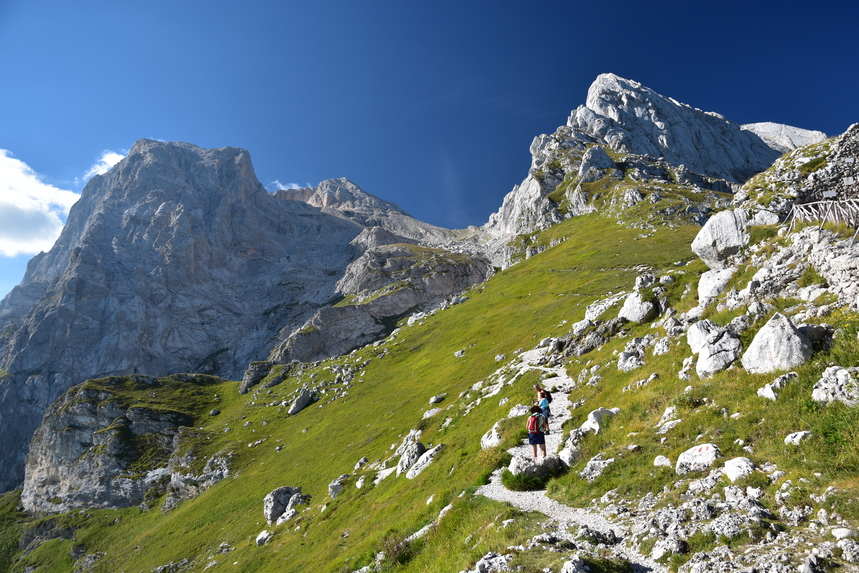 You will also be able to see the southern section of the range and, on a clear day, the Adriatic Sea. After only a few minutes, you will get to a point where a smaller path leads off to the right - make sure you stay on the main path, as the smaller one leads to the "Ventricini" via ferrata which you will encounter again later at its opposite end. After about 20 minutes you will get to a natual arch formed by two boulders resting on each other. A further few minutes on, there is a slightly more difficult (but very short) passage, with a steel cable to help you walk past it easily (fig. 2). The path steepens a bit when it winds its way up to reach the Rifugio. 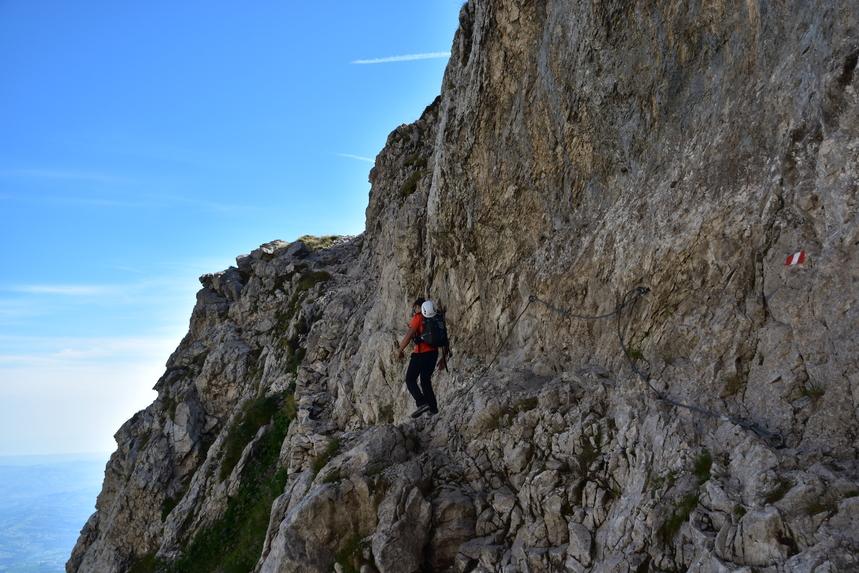 From the rifugio (fig. 3), take the path uphill right in front of it, leading up to the col between the two 'horns'. Until early summer, you're likely to have to walk across patches of snow in this section. Shortly before the col, there is a fork, right to the Corno Piccolo, left to the Corno Grande (both directions clearly marked) – go right (fig. 4). From this point onwards, the "Corno Piccolo" experience begins - wave goodbye to the crowds. 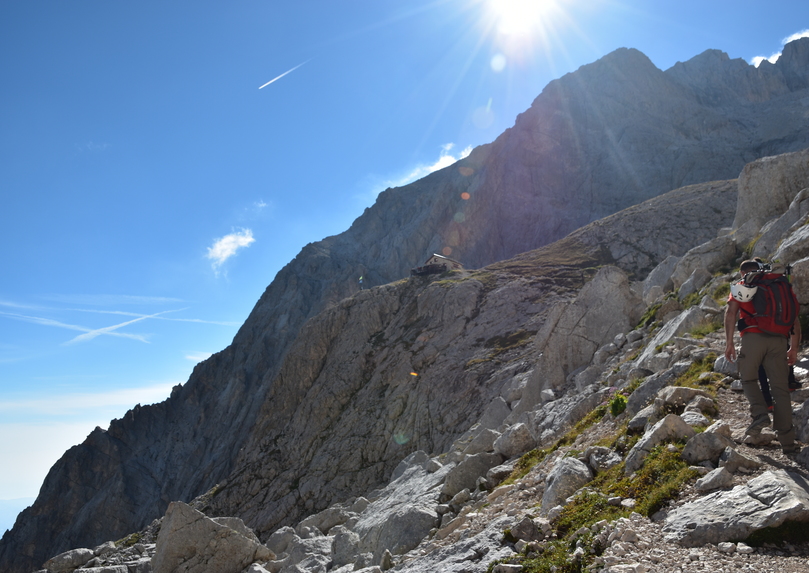 When you reach the col, stop to admire the views. The vertical spires of sheer rock of the Corno Piccolo (known as "fiamme di pietra" / "flames of stone") form an ideal photo background (fig. 5). From here you can also see the rifugio down below, as well as the path to it that you walked on earlier (fig. 6). 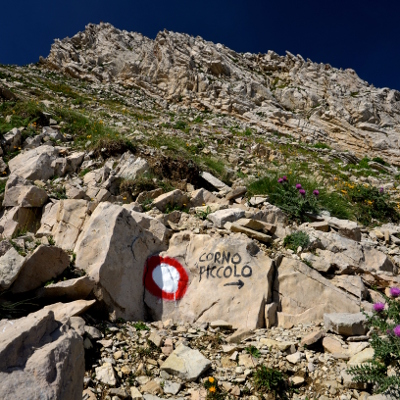 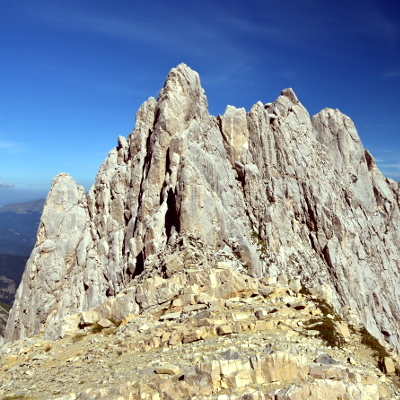 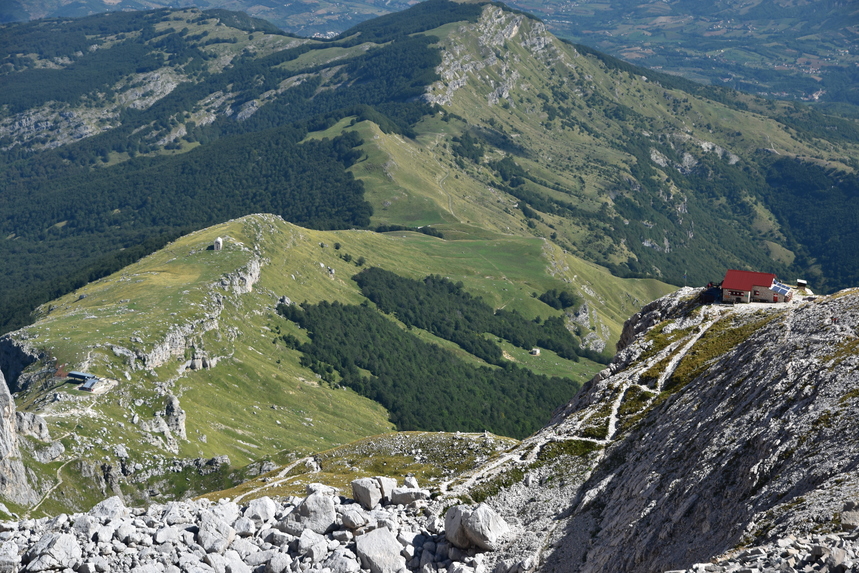 From the Sella, you'll now be walking downhill for a while, into the Vallone dei Ginepri (ginepro = juniper) and around the base of the Fiamme di Pietra, which you'll keep to your right. The environment quickly changes - wilder and with far fewer people around. The path down is steeper, too, and the scree makes it a bit slippery. At one point you'll get to a metal place on the rock indicating the beginning of the "Ventricini" path (fig. 7), a via ferrata that continues to go round Corno Piccolo and eventually back to "La Madonnina". This section of the "Ventricini" path, however, is easy (no steel cable) and leads to the start of the "via normale" further down. But before that, you'll notice the start of another via ferrata, called "Via Danesi" (fig. 8) - this is a demanding ferrata leading to the summit much more directly than the "via normale" you'll be doing. 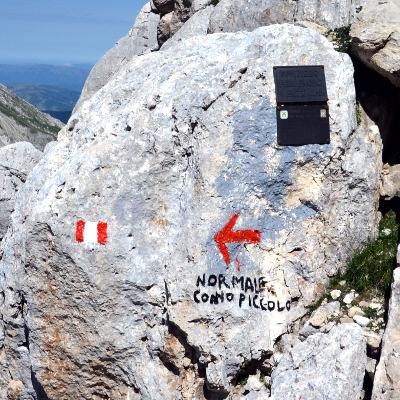 Fig. 7: Continue left for the via normale 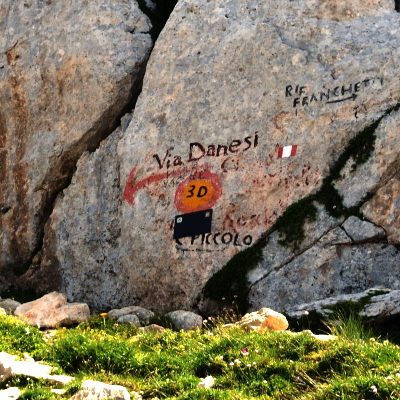 Fig. 8: The start of the "via Danesi" ferrata

To get to the start of the via normale, you need to keep walking downhill for a few more minutes. You will leave the "Ventricini" path you're currently on and take a definite right turn, where the via normale begins. It will feel like a sudden change: you'll now be walking on a much narrower path, no longer downhill and, especially, requiring considerably more attention. From this point onwards, following the red-and-white circular marks is of crucial importance. Fig. 9 below shows the kind of terrain you're on - it is very important that you're always confident you can see at least one more waymark ahead of you before proceeding. 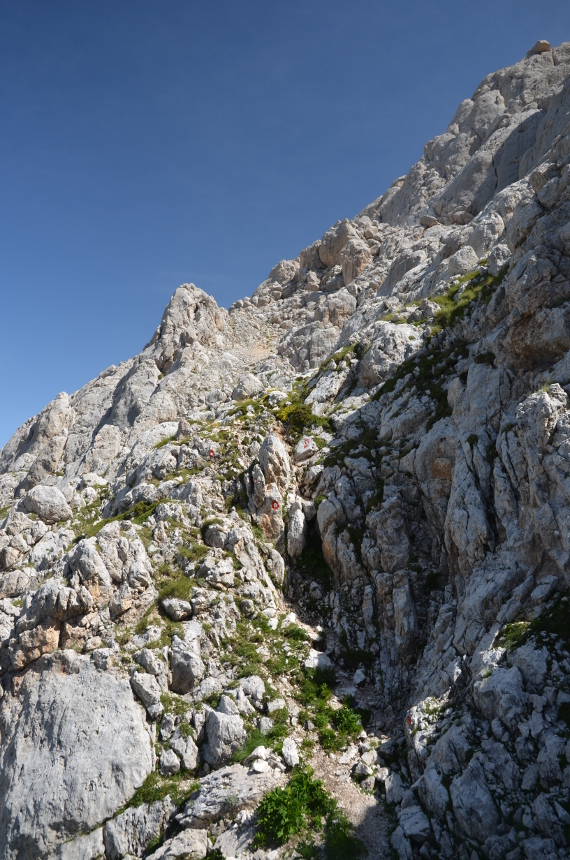 Fig. 9: The via normale (two waymarks are visible)

Continuing to pay attention to where the waymarks are, you'll be climbing up roughly in a southward direction. At two points during the scent you will have to climb down a little. The first is easier, but the second is more demanding and it is better to climb down with your body turned around and facing the rock (so, moving backwards), as this will give you more stability. The environment around you is very rocky, rugged and raw, almost intimidatingly so. The views are spectacular (fig. 10). 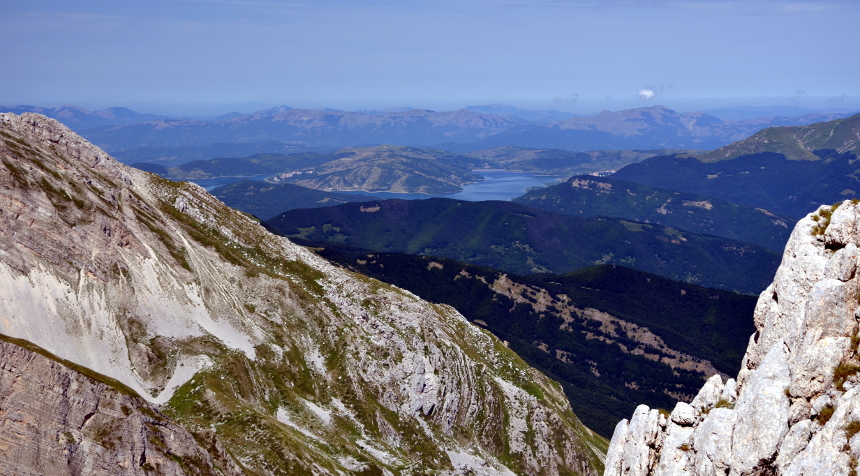 At one point, you'll notice a small natural bridge (more like a hole, really) formed by a rock resting at an angle (fig. 11). You'll have to scramble steeply up to it and then crawl under it (you might have to push your rucksack through first!). 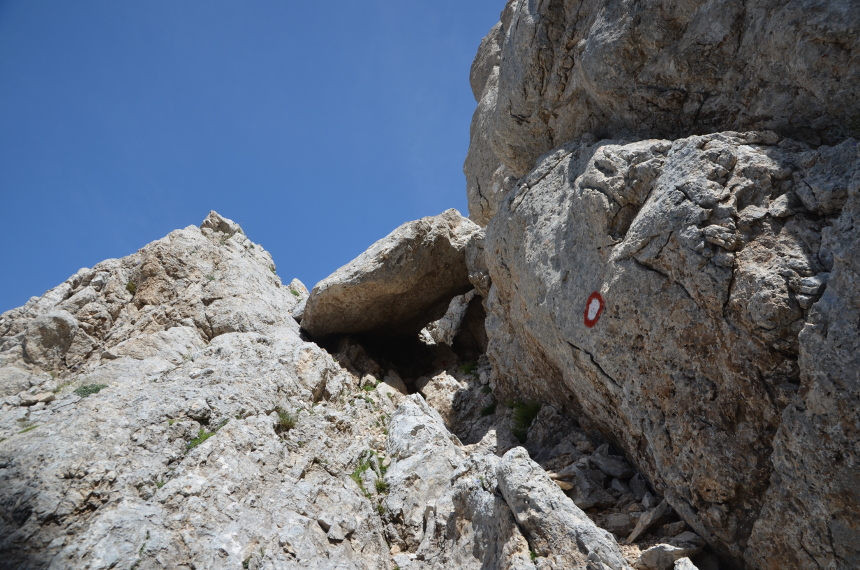 Fig. 11: The hole you'll be crawling through in a minute.

After you've gone through the hole, you're minutes away from the main shoulder of Corno Piccolo, from which magnificent views will suddenly appear (figs 12 and 13). 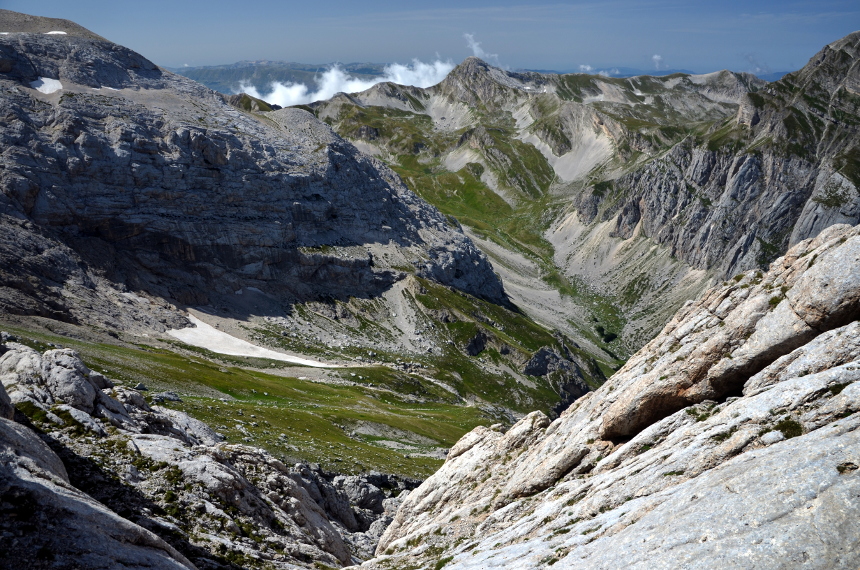 Fig. 12: Looking south-west - Pizzo Cefalone (in the middle) and Val Maone (below).

From the shoulder, you're a few minutes away from the summit (you can see the cross on it), which you'll reach by walking up the final slope to your right (fig. 14). 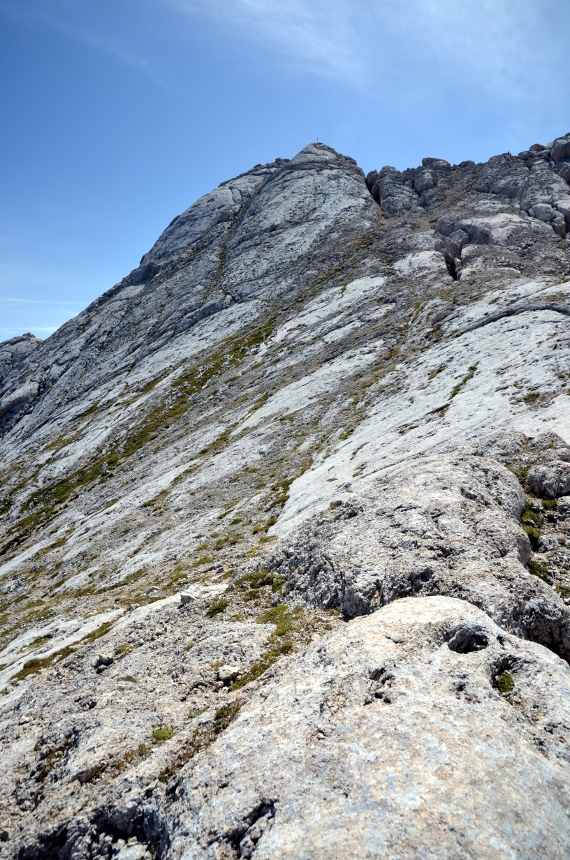 Fig. 14: The final push to the summit 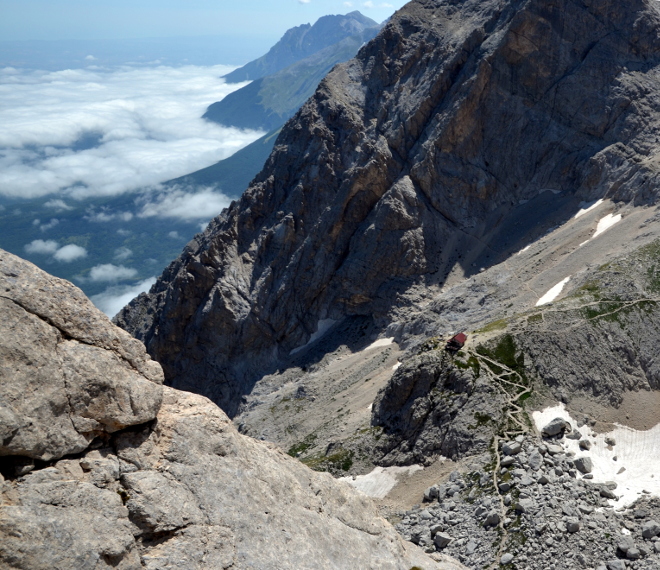 To return to the start of the walk, retrace your steps. Pay particular attention when you climb down through the hole - it's very steep and you'll be much more stable if you face the rock and move backwards.