Map (GPS tracks of this walk available for download too!)

This is a mostly off-the-beaten-track but incredibly scenic route. It's doable by anyone who has some experience of hill-walking. However, note that there is some unavoidable scrambling to do before the summit of Pizzo Cefalone. Please do not attempt this if you have never done any scrambling before (more details below). There is no water available en route, except at the Rifugio Duca degli Abruzzi, but this is very close to the end of the walk. The Rifugio Garibaldi, roughly after one third of the walk, is quite small and normally closed on week days. Make sure you bring plenty of water with you, especially in July/August.

From the old Albergo (hotel) start walking on the large track right in front of it. You will see the Rifugio Duca degli Abruzzi up on the ridge (you will get there towards the end of the walk). After five minutes, having gone past the astronomical observatory, leave the main path leading to the Rifugio and take the path to the right (Fig. 1). This is very evident and you will see the path cutting the mountain side on the right hand side from where you are. After about 20 minutes the path will steepen and will zig-zag its way up to the ridge. You are now on the Sella di Monte Aquila. The view is spectacular. With Campo Imperatore behind you, you will see the valley of Campo Pericoli in front of you, Corno Grande (the highest summit) slightly to your right, Pizzo Intermesoli slightly to your left, the col of Sella dei Grilli to its immediate left, as well as Pizzo Cefalone further to the left. 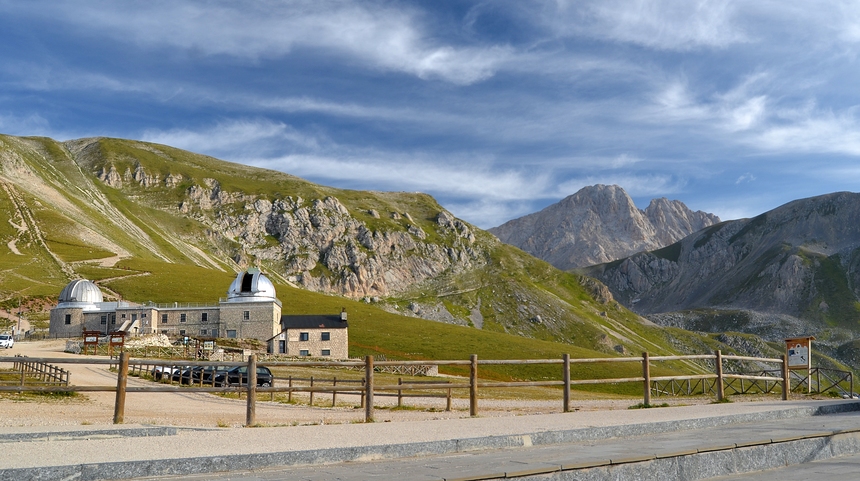 Fig. 1: The observatory and, further back, the path cutting the hill side to the right

From the Sella, you will also see the path that goes slightly downhill and forks almost immediately. Follow the path that branches off to the left downhill. After about 10 minutes you will get to a point (indicated in Fig. 2 with a red marker) where a smaller path starts downhill to your left, leading into the valley of Campo Pericoli. This is signposted very clearly and is where the more solitary part of the walk begins. The environment here gets progressively remote and wilder, and the view all around you absolutely breathtaking. You won't see the rifugio until you are very close to it (Fig. 3). It is closed on week days, so don't count on it for water etc. 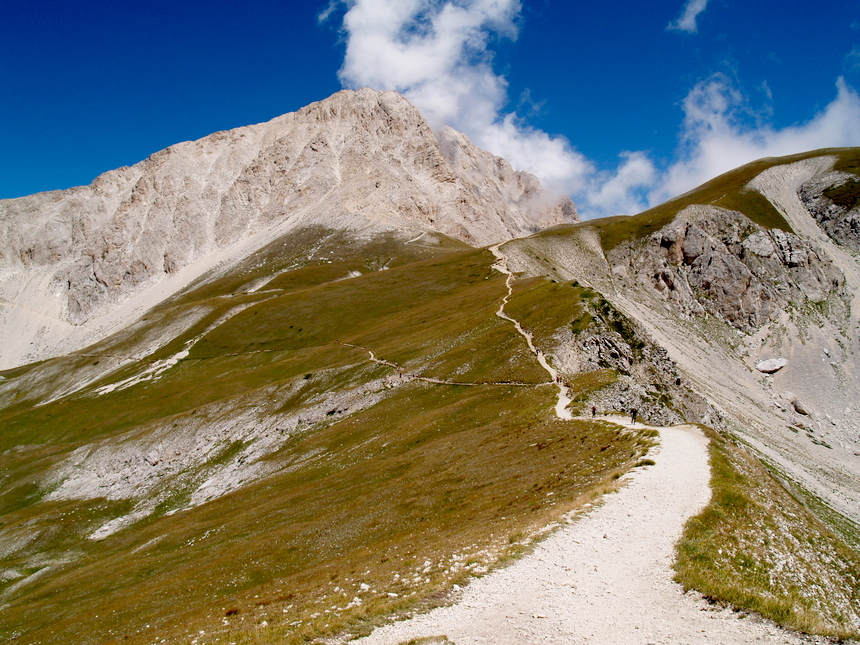 Fig. 2: The path from Sella di Monte Aquila, turning left at the fork 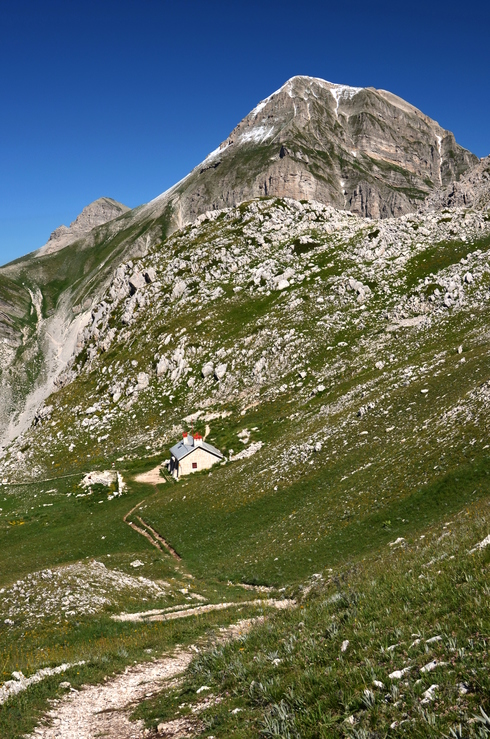 Continue to follow the same path downhill. Since not many people get down here, expect long grass and some nettle. The path is still well visible, though. When you reach the bottom of the valley, there will be a three-way crossroads, with an old CAI sign indicating the three directions (Fig. 4). You want the one marked "Val Maone" etc., straight along the valley bottom, northwards (behind you as you look at the sign). After a couple of minutes, this path forks. This is not very well visible, but one of the 'skyrace' signposts indicates your direction clearly: uphill to your left (therefore abandoning the valley bottom). At this point you will also see in front of you what looks like a very (and rather worryingly) steep path on the scree leading up towards Pizzo Intermesoli (Fig. 5) - that's not the path you will be walking on! Just follow the CAI red-and-yellow signs. You will be climbing rather steeply up to the Sella dei Grilli col. Once you get onto the col, you will be at the foot of the steep ascent to Pizzo Intermesoli (north) and, on the opposite side, you will see the narrow path that, along the grassy ridge, leads towards Pizzo Cefalone (south) (Fig. 6). 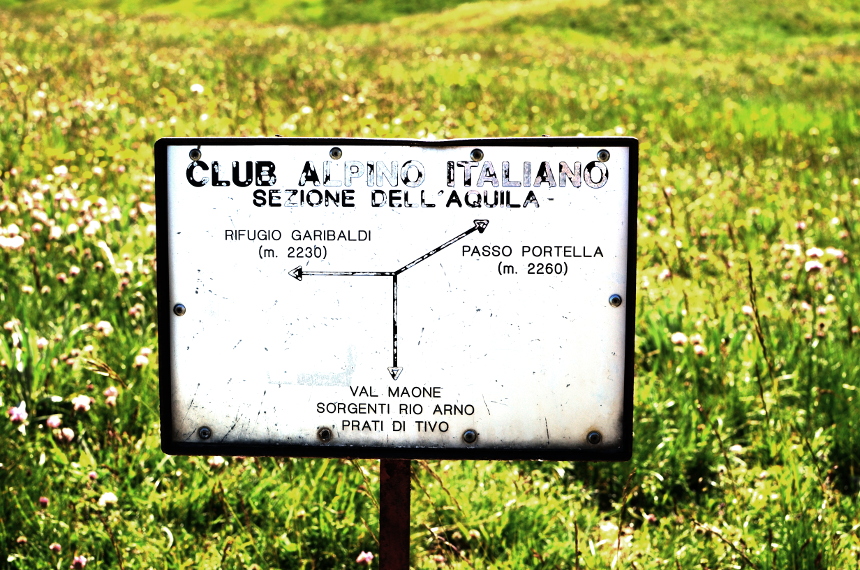 Fig. 4: Go towards Val Maone, directly behind you. 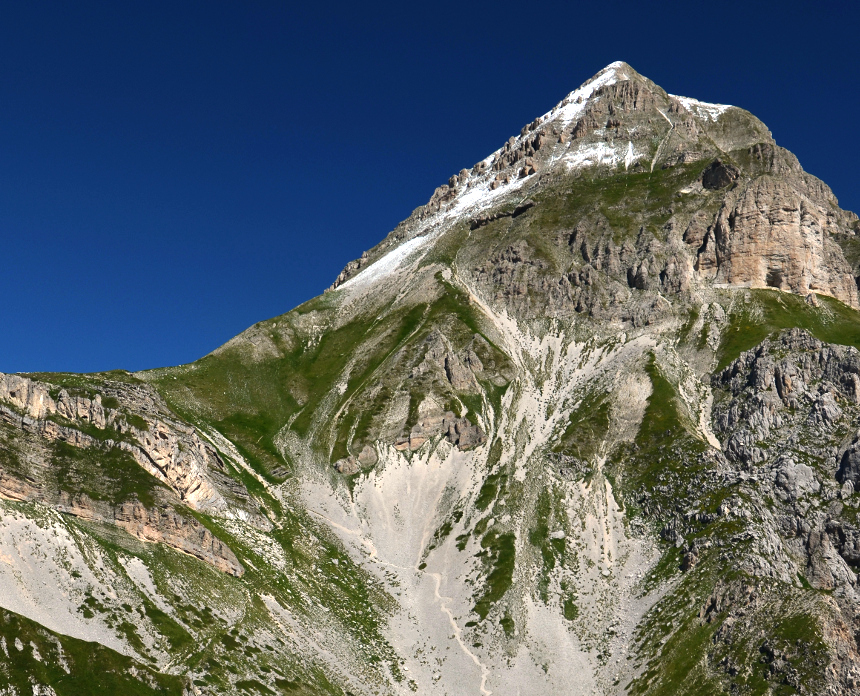 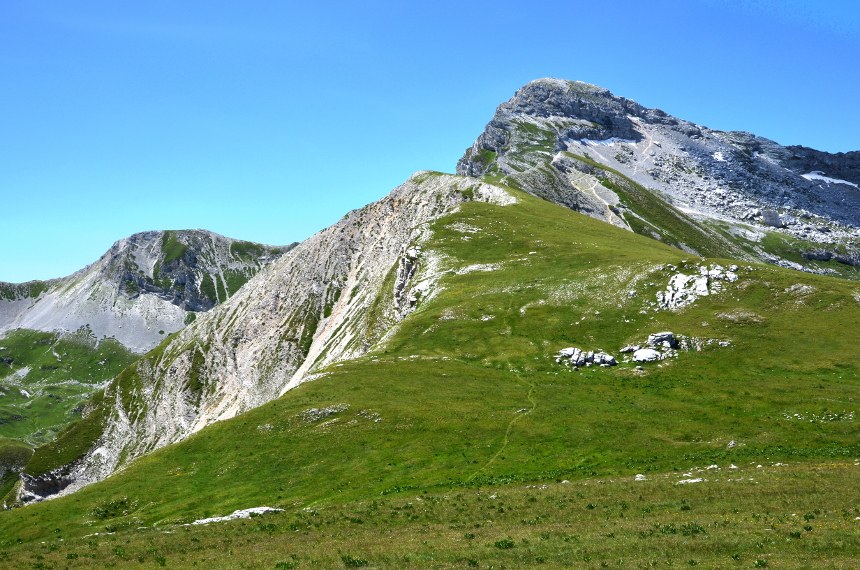 Fig. 6: The path to Pizzo Cefalone from Sella dei Grilli.

The path along the ridge is initially flat and very easy and you'll have time to enjoy the superb 360-degree views (and to rest!). Walk southwards towards Pizzo Cefalone in front of you (the bigger and steeper Pizzo Intermesoli is behind you, to the north). The ridge is wide and you can roam freely here - but don't get too close to the edge on your left! As you get closer to Pizzo Cefalone, the grass begins to give way to scree and rock. At one point the 'skyrace' sign will make you veer to the right to avoid a very small hill, but I recommend following the old CAI signs to the top of this hill. After this point, the path gets steeper and rockier. Make sure you continue to follow the visible signs. You will get to the bottom of the first of two small but rather steep couloirs (Fig. 7). This is where the scrambling begins. You will need both your hands for a while, so if you're using walking poles, put them away now. Scramble up the top of the first couloir. Here, you will notice a big red arrow pointing almost backwards, painted to the rock on the right-hand side. This indicates the way around a rock, leading eventually to the base of the second couloir. Always make sure you only move one limb at a time and that you test each hold on the rock before committing to it. There are plenty of holds and if you follow this basic advice you'll be absolutely fine. Slowly and firmly you will get to a very short but nearly vertical bit of rock to negotiate. Follow the numerous red arrows painted on the rock (some people are snobbish about them but, trust me, they help!) and in two or three more dexterous moves you'll be up on the final ridge, very close to the summit. You can breathe again now! It's only a couple of minutes now to the two (!) crosses (Fig. 8) indicating the summit of Pizzo Cefalone. From here, the views are some of the best in the whole of the Gran Sasso massif. Make sure you take all the time you need to enjoy them. On a clear day, you should be able to see the Majella (second highest summit in the Apennines, Fig. 9) to the south-east, the Monti della Laga range slightly to the north, the Sibillini range further away to the north, plus all the peaks of the Gran Sasso massif, including of course Corno Grande and Corno Piccolo (quite a bit lower, to its left). Between Corno Piccolo and Pizzo Intermesoli, you will be able to see the Adriatic Sea (Fig. 10) (again, if the day is clear enough). 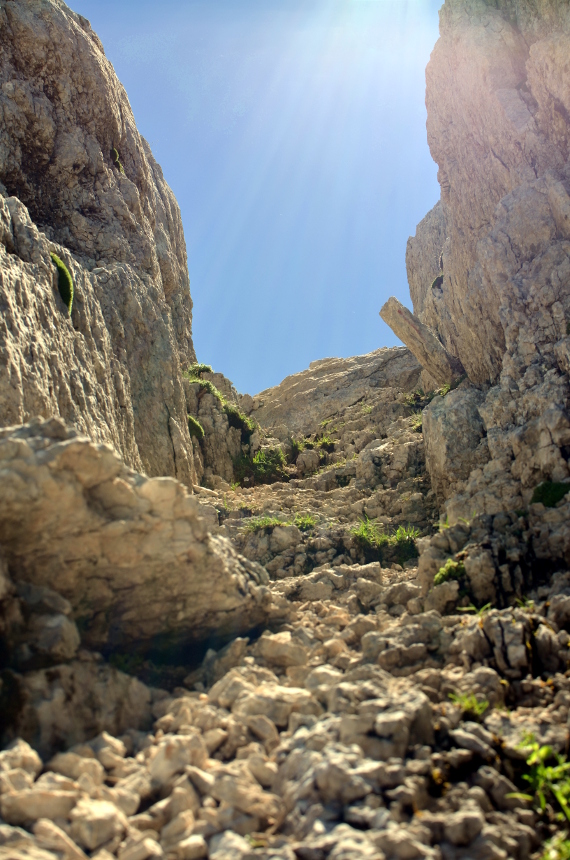 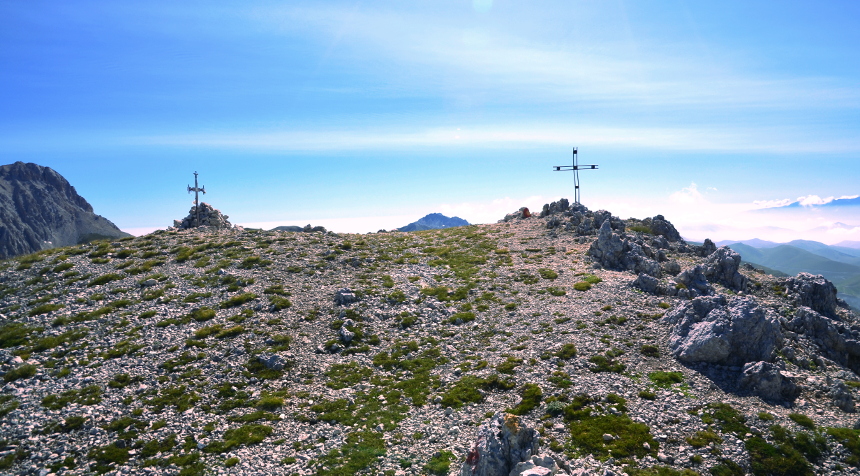 Fig. 8: The two crosses on the summit of Pizzo Cefalone. 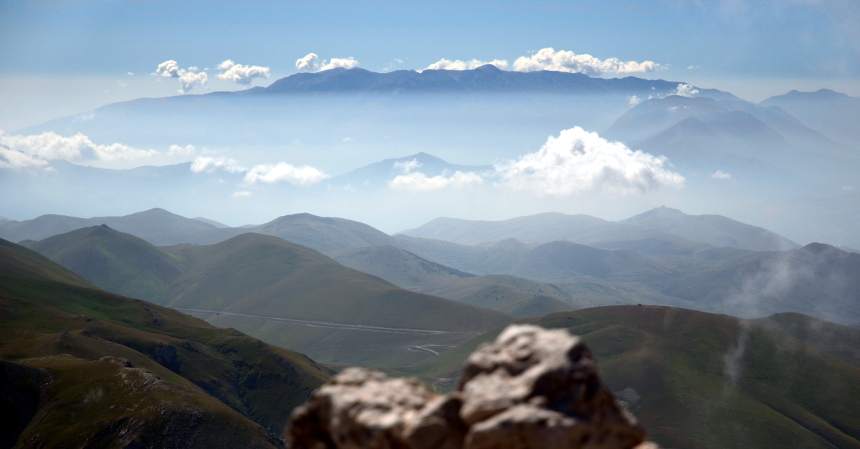 Fig. 9: A view of the Majella, the second highest mountain in the Apennines.

Fig. 10: Pizzo Intermesoli (left) and Gran Sasso (right) with the Adriatic Sea in the middle

The top of Pizzo Cefalone is very flat. Follow the CAI signs to the right (north-west) from the more-modern looking of the two crosses. You'll need to do some more (much easier) scrambling as you start descending. Follow the signs and this will feel like a piece of cake compared to what you did to climb up to the top! When the path levels, you can get your poles out again, as you're back to normal walking now, all the way. You will see a fork in the path ahead of you. The main path continues cutting the side of the mountain to the right, towards Campo Imperatore. The other, smaller, branches off the the left, uphill along the ridge, towards Monte Portella (Fig. 11). I recommend taking the latter, but of course if you feel tired, the main path is quicker and easier (no more climbing!) and will take you straight back to the Albergo at Campo Imperatore. If you do take the uphill path, you will be walking along the ridge all the way to the Rifugio Duca degli Abruzzi (Fig. 12). The views will continue to be spectacular (Fig. 13) and you will spend much of your time turning your head in all directions, awestruck (do watch where you put your feet!). Once you get to the Rifugio, you can stop for a drink there. You're now only half an hour away from the Albergo. 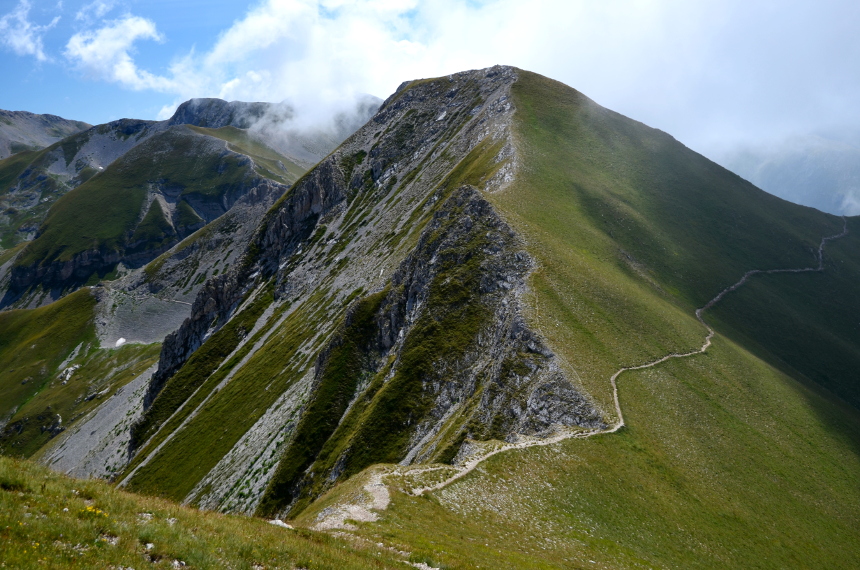 Fig. 11: The main path cutting the mountain side and the smaller ridge path climbing to the left 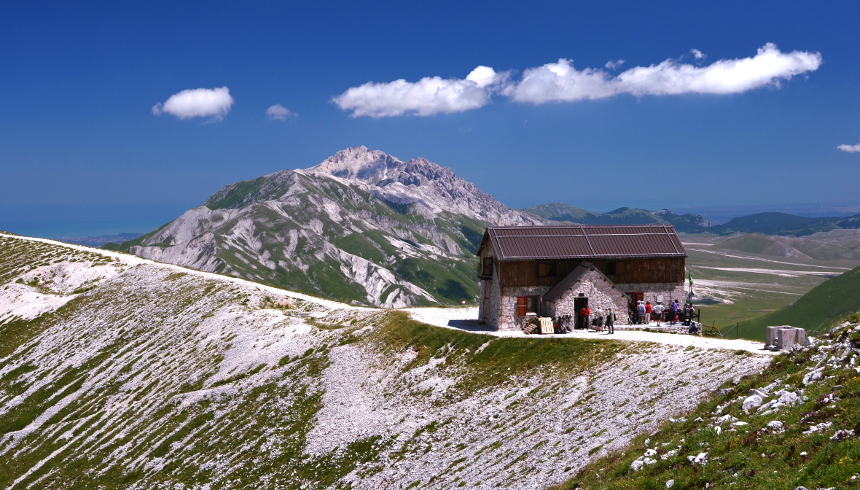 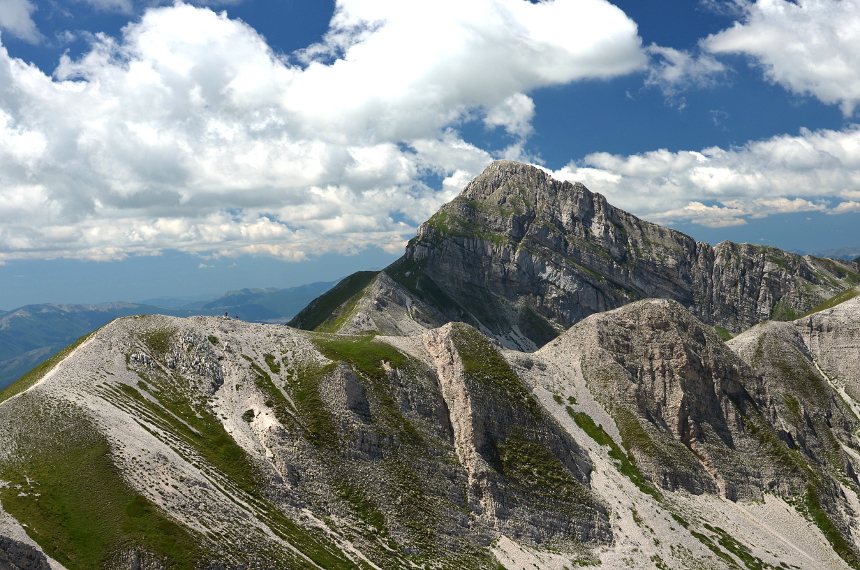 Fig. 13: Looking back towards Pizzo Cefalone.

Stage 6: from Rifugio Duca degli Abruzzi back to the Albergo (25-40 minutes)

When you're ready, take the path that goes back down to the Albergo. The path winds its way down along a series of hairpins. Don't be tempted to take shortcuts - you won't save any time at all.